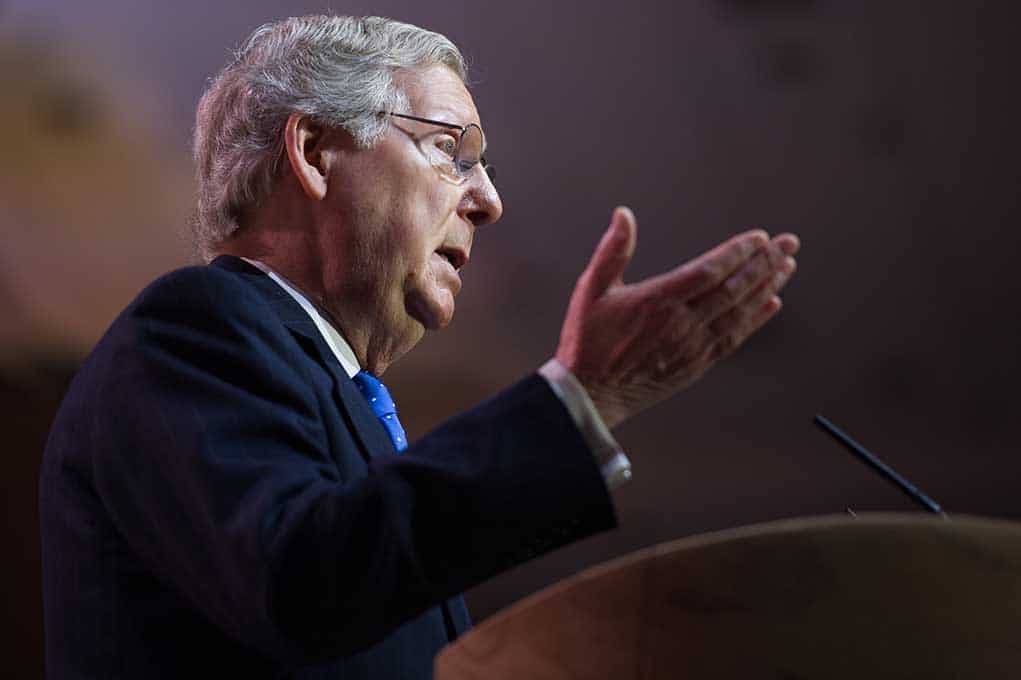 (UnitedVoice.com) – Senator Minority Leader Mitch McConnell (R-KY) is a force to be reckoned with when he puts his mind to something. He’s one of the most powerful people in Washington, DC, and the way he holds his party together is impressive. Now, he has set his sights on the debt ceiling.

In a recent interview with Punchbowl News, McConnell said the Republican Party isn’t going to agree to raise the debt ceiling. He said it’s the Democratic Party’s job to raise it because they’re in the majority.

“They are the ones who will raise the debt limit,” McConnell said, adding, “Do you guys think I’m bluffing?”

Let’s be clear: With a Democratic President, a Democratic House, and a Democratic Senate, Democrats have every tool they need to raise the debt limit. It is their sole responsibility. Republicans will not facilitate another reckless, partisan taxing and spending spree.

The debt ceiling is the maximum amount of money the Treasury Department can spend to meet its obligations. The money pays for debts Congress has already agreed to. It’s not an authorization of new spending. If lawmakers don’t raise the limit, the Treasury would have to choose which bills it will pay. That could lead to a partial or complete government shutdown, a delay in Social Security payments and military salaries, and a number of other dire consequences.

Democrats are able to increase the debt ceiling limit themselves without the help of Republicans. They’re fighting McConnell over it, presumably because they don’t want to be held responsible for the increase. However, it’s clear McConnell isn’t going to budge and if the Left wants to raise the limit, they’re going to have to do their jobs and get it done without the GOP’s help.