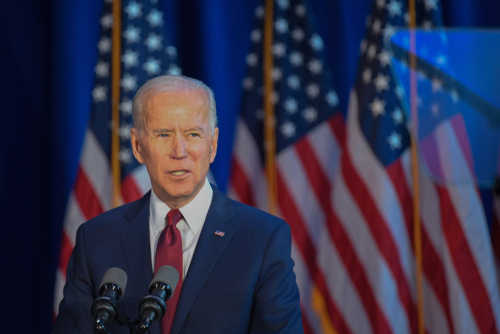 (FreedomBeacon.com)- President Joe Biden, as opposed to former President Donald Trump, should be given the “benefit of the doubt,” according to “The View” co-host Joy Behar, who made the statement on Tuesday.

According to two people familiar with the situation who spoke to CNN, Biden’s attorneys claimed they discovered the records while packing files in a private office and alerted the National Archives and Records Administration. According to the persons who spoke to the publication, the records supposedly relate to Ukraine, Iran, and the U.K., and they go back to Biden’s term as vice president. According to reports, Biden was not aware that the documents had been discovered at the workplace until he was contacted by the White House Counsel’s office.

Republican Florida Representative Byron Donalds questioned Biden’s handling of the reported documents in a tape aired on “The View.”

Donalds said during a CNN interview, “Number one, what was he doing with classified information in his possession? Number two, why did it take six years? I want to stress this for the American people. Joe Biden left the vice presidency in 2017. Point number three, and this is the one that’s most important; everybody can go back to the Hillary Clinton email saga. We know other presidents have had classified information. Why was there a raid on Mar-a-Lago? But now this story just kind of seeps out, and everybody is saying, ‘Oh, we want to get down to the bottom of it,’ and everybody’s giving the benefit of the doubt.”

After the clip, Whoopi swooped in to carry the water for her team.

“In contrast to some people who claimed they turned over everything without needing a subpoena, Biden turned over the records as soon as they were discovered and had been cooperating with authorities,” Goldberg said.

Whoopi suggested Byron “calm down a little” because there may be some disparities here. “You know, we don’t – we do not know anything about the nature of this, okay, so let’s keep that in mind,” she continued.

It’s amazing how the left suggests everyone not jump to conclusions when their team is in the scandal.

Behar offered Goldberg her kudos for her keen insight.

The matter is settled. Trump is rotten, and Biden is as pure as the driven snow. Got it.