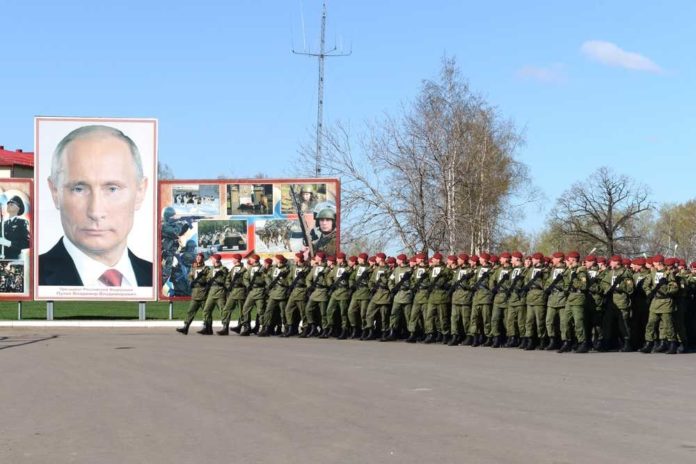 (FreedomBeacon.com)- Russian forces are withdrawing from a key position on Snake Island in the Black Sea. Fox News reports this is a strategic victory for Kyiv. The island was notorious in the early stages of the war when reports emerged that 13 Ukrainian soldiers refused to surrender to Russians.

“Russian Warship, go f— yourself,” one soldier said over radio.

It was initially thought that the subsequent explosion killed them, however reports then surfaced that the Ukrainians were taken prisoner.

However, Fox News could not verify why Russian forces withdrew from the island. Russian forces claimed they withdrew to show “good will” as global food shortages persist and the United Nations seeks to secure shipping corridors.

Russia’s defense ministry Igor Konashenkov said of the withdrawal that they will not let Ukraine continue to lie about food shortages now.

“This decision will not let Kyiv indulge in insinuations over an impending food crisis or argue it is impossible to export grain due to Russia’s total control of the northwestern part of the Black Sea.”

It’s reportedly unclear whether the move will allow Ukraine to export its food, however, Russia claims that Ukraine’s naval blockade is the reason for the food shortages.

The withdrawal comes amid Western leaders recently poking fun at Putin for going shirtless at a vacation in Siberia. Putin responded by saying that they would look disgusting with their shirts off and that they should “stop abusing alcohol and other bad habits, do physical exercise and take part in sports.”

Earlier this month Putin blacklisted English defense officials and journalists from entering the country after accusing them of sending weapons to Ukraine, and more recently he took steps to blacklist First Lady Jill Biden and her daughter.