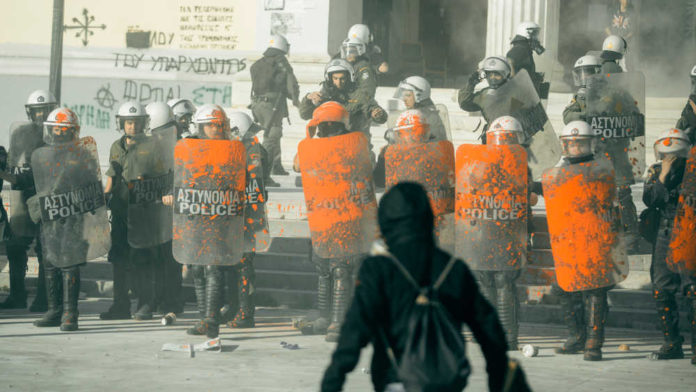 (FreedomBeacon.com)- After the Supreme Court overturned Roe v. Wade on Friday, Vice President Kamala “Instagram Model” Harris tweeted a picture of herself aboard Air Force 2 watching CNN’s news coverage of angry pro-abortion lunatics protesting the ruling as a way to show her slack-jawed followers that she was fighting for abortion rights …

The picture is about what you’d expect from Vice President Instagram Model. She standing there with her hand against her chin in a feigned “thoughtful” pose as she watches CNN’s coverage. In a way, Kamala’s pose is reminiscent of the pose Hillary had in that photo-op of the Obama team watching the Benghazi attack in the Situation Room.

Along with the posed picture of the faux concerned Veep, Kamala tweeted to the women “out there who are afraid” that she and the president are “fighting for you and your rights,” adding “We are in this fight together.”

Her tweet was met with anger and derision from Blue-Check Leftists who suddenly discovered that Kamala Harris is a vapid empty pantsuit who does nothing beyond offering platitudes.

Any conservative could’ve told them that three years ago when Kamala was running for president.

She was also mocked for posting a picture of herself passively watching TV while claiming she was “fighting.”

Daily Kos writer Joan McCarter angrily slammed Kamala for claiming “we’re in this together” while watching a TV aboard her private plane.

Writer Anna Grifty blasted the photo of passive Kamala, demanding that whoever thought it was a good photo-op “needs to be fired immediately.”