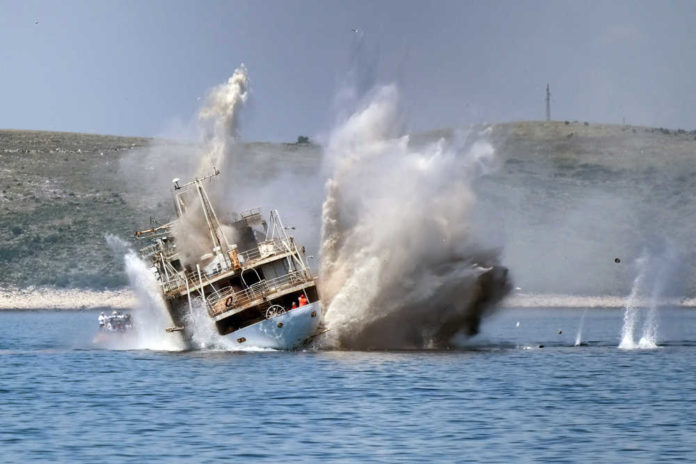 (FreedomBeacon.com)- Dozens of people are missing after a boat capsized near the coast of Florida on Tuesday. The news was confirmed by the United States Coast Guard in a statement that indicated the boat was connected to “suspected human smuggling.”

According to the Miami Coast Guard, a report was filed by a good Samaritan who found and rescued one man who was discovered in the water “clinging to a capsized vessel” around 45 miles away from the Fort Pierce Inlet.

The man told authorities that the boat set sail from Bimini, the westernmost part of the Bahamas, on Saturday. However, those aboard experienced extreme weather, and the boat capsized as it was heading to the United States. The survivor also said that nobody on board was wearing a life jacket.

Bimini is roughly 120 miles from the Fort Pierce Inlet, meaning the boat traveled less than 100 miles before the 39 people on board fell into the water.

A statement from the Coast Guard was published on social media, confirming that air and surface asset crews were “actively searching for people in the water.”

Photographs were also released of the vessel showing the man holding onto the hull to stay afloat.

The route is commonly used by human traffickers. The Bahamas is home to several chains of islands, and they are fairly close to the coast of Florida. Many of the people smuggled from the Bahamas into the United States arrive from other countries.