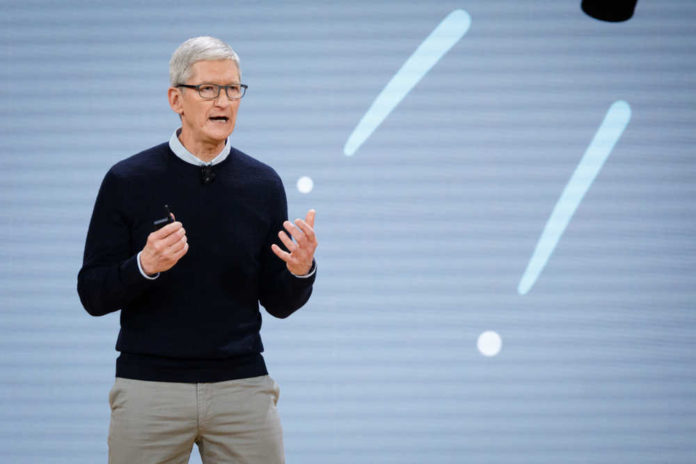 Cook spoke with the CCP propaganda outlet while attending the Apple Worldwide Developers Conference in mid-June.

Cook’s meeting with Chinese app developers was part of Apple’s effort to maintain access to China’s tech workers. In his interview, Cook boasted that this year, Apple’s App Store features 5 million China-based apps, up from 4.4 million last year. He told China Daily that Chinese app developers were on “the cutting edge,” adding that he was “inspired” by their motivation.

In a report on Cook’s interview, China Daily claimed the Apple CEO’s remarks reveal how “China will be of greater appeal to global tech giants in the future.”

Needless to say, an American CEO bending over backward to praise the repressive regime in Beijing didn’t sit well with some Republican lawmakers.

Florida Republican Congressman Mike Waltz told the Washington Free Beacon that Cook sucking up to China “underscores the hypocrisy of corporate America.” While US corporations like Apple virtue signal at home, Waltz said, they turn “a blind eye” to injustice “when it comes to” profits. Waltz blasted Cook for agreeing to sit down with a “communist, genocide-denying propaganda rag like China Daily.”

Waltz has a point. Apple frequently touts its commitment to social justice causes like civil rights and privacy here in the United States. But when it comes to China, Tim Cook and Apple are willing to ignore flagrant human rights abuses to gain access to the lucrative Chinese market.

To keep Beijing happy, Apple blocks apps from its App Store that may offend Beijing and shares user data from Chinese customers with government authorities.

Last year, Tim Cook held talks with a Chinese app developer who had been appointed a secretary of the Communist Chinese Party. He also met with a developer whose photography app prohibits content that “subverts state power” or “undermines” China’s “national solidarity.”

Some critics have accused Apple of relying on China’s slave labor to build its iPhones.